“FORGING THE NEXT GREATEST GENERATION”, November 17, 2021. Participants helped Boulder Crest continue to serve struggling veterans, first responders, and their families and also learned more about the power of Posttraumatic Growth during the exciting night.

From Roberts & Ryan Investments Inc. to the entire Boulder Crest Foundation team, thank you for giving the gift of growth, hope, community, strength, and the chance for a new start to the thousands of service members who have sacrificed so much for our freedom!

By donating to and partnering with best-in-class nonprofits and foundations, Roberts & Ryan fulfills their social mission by supporting Veterans and young adult communities.

Learn more and watch the event. 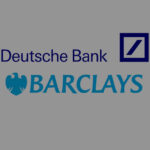