Co-Manager for T-Mobile Debt Transactions – May 2021

Roberts & Ryan was named a Co-Manager to underwrite three of T-Mobile debt securities of $1.1B, $1.1B and $800M respectively.

T-Mobile US, Inc., doing business under the global brand name T-Mobile, is an American wireless network operator. T-Mobile US provides wireless voice and data services in the United States under the T-Mobile and Metro by T-Mobile brands (which it acquired via the purchase of Metro PCS in a reverse takeover in 2013, resulting in T-Mobile going public on the NASDAQ stock exchange), and also serves as the host network for many mobile virtual network operators. T-Mobile (NASDAQ: TMUS) customers get the fastest 5G speeds and get a 5G signal more often than customers on any other network. T-Mobile has America’s largest, fastest and most reliable 5G network.

Roberts and Ryan is grateful to have been named a Co-Manager on debt transactions by the market leading corporation – T-Mobile. 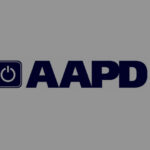 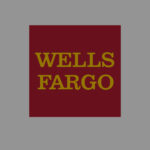