Roberts & Ryan, the first service-disabled Veteran-owned broker dealer, is crewed by a group of veterans and citizen patriots with the dual mission of doing well – providing great service to their clients, while doing good – supporting Our Nation’s Veterans.

Roberts & Ryan is committed to supporting Our Nation’s Veterans in general wellness, mental health, and career transition by donating a portion of every dollar from every transaction every day. Roberts & Ryan’s most recent charitable giving is in partnership with the Robert Irvine Foundation. Some might recognize Robert Irvine (among his many pursuits) as the animated chef-host of Food Network’s hit series, Restaurant: Impossible. A recipient of the The Patriot Award (2015), U.S. Army Outstanding Civilian Service Award (2016) and the Department of Defense Spirit of Hope Award (2017), Robert launched his Foundation in 2014 and focuses on giving back to military and first responder communities.

The Roberts & Ryan and Robert Irvine Foundation partnership supplies Veterans who lost their mobility in active duty with the IBOT wheelchair. The IBOT allows its pilot to experience mobility, eye level social interactions, and the rest of the world around them at a standing height. They can go off the “path” traditional wheelchairs simply can’t – traversing stairs, curbs, and rough terrain allowing them recapture to recapture their independence.

Thanks to this collaboration, U.S. Marine Corps veteran, Chris Kaag, who was diagnosed with AMN (adrenomyeloneuropathy), a degenerative nerve condition that eventually took away his ability to walk, is the most recent recipient of the IBOT. His story is truly motivational. 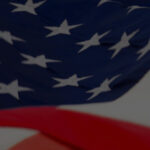 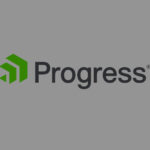