If you’re not familiar with Kyndryl, it may be because they just celebrated their 1-year anniversary as an independent company. They were spun out of IBM and despite their (relatively low) market cap, they have 90,000 employees, a global presence, and recorded over $4B in revenue last quarter. Not exactly a startup company.

We heard a lot about “The 3 As” – Alliances, Advanced Delivery, and Accounts – detailed plan for growth. Here’s one piece of it:

The biggest takeaway for me was the fact that 40% of their revenue, roughly $8B, currently yields 0% margin. That’s due to legacy agreements from when they were still part of IBM – and those contracts are coming up for renewal and being renegotiated. The point being, they’re expecting to see real improvement in those margins. For a company with a $2.415B market cap, that’s a big deal. Keep an eye on them.

“THANK YOU” to Lori and Josh, and to the entire Kyndryl team for supporting our mission as a Service-Disabled Veteran Owned business!! 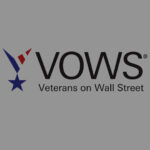 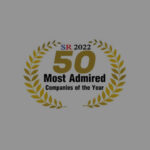